Ethereum has flipped Bitcoin in almost every metric that matters. Is market cap next?

Last week Coinbase revealed its second quarter earnings, and its first set of earnings as a bona fide NASDAQ-listed company. While there were a lot of impressive figures being reeled off – US$462 billion in transaction volume, 10% of the largest US hedge funds as clients (as well as Tesla, SpaceX and Elon Musk) – one of the most jaw-dropping things in the entire document came in the breakdown of the quarter’s trading volume.

Coinbase said that 26% of its trade volume was for ether trades compared to 24% for bitcoin, a first based on prior data. pic.twitter.com/GCWO6ylvQk

That’s right: in the three months between April and June, the most actively traded asset on Coinbase wasn’t Bitcoin – it was Ethereum.

As someone who’s been around since before Ethereum launched in 2015, this feels like an epochal moment. For as long as I can remember, the crypto markets have been framed by two competing forces: Bitcoin; and everything else (ft. Ethereum). The logic is simple enough. When Bitcoin rips/dumps, stay away from alts. When Bitcoin settles down, it’s shitcoin-a-palooza.

The underlying assumption has always been that the only asset that really matters is Bitcoin. When Bitcoin moved, everything else moved with it. It dominated headlines, usage and transaction volumes. When institutions came for crypto, they were really coming for Bitcoin.

But now there’s a feeling that alts might be ready to start sharing the stage. And it’s all being driven by Ethereum.

As Flippening metrics go, perhaps Coinbase transaction volume isn’t the one people immediately think about. But Ethereum is already surpassing Bitcoin in a number of areas, including (but not limited to): number of transactions; total value transacted; daily active wallets; transaction fees (by a handy 56x); and mining revenue.

Meanwhile, it’s now thought that only 13% of the overall Ethereum supply is readily available, with the rest being bundled up in smart contracts, pre-emptively staked on Ethereum 2.0 or held by power HODLers.

There are two immediate factors driving the surge: DeFi and NFTs. The biggest crypto trends of the last year are built almost entirely on Ethereum and they’re causing usage of the network to go parabolic. This has been an issue for a long time due to what these frenzies do to the gas fees required to use the network, but the twin launches of ETH-burning mechanism EIP-1559 and scaling solution Optimism suggest a solution to these woes may be in reach.

But despite all this, Bitcoin’s market cap still dwarfs that of Ethereum. Even if the Bitcoin price doesn’t change, you’d still need Ethereum to be selling for around US$7500 a pop to reach parity. That’s insane, right? Well, yes. Except for the rapidly approaching launch of ETH 2.0, with its promise to pull millions upon millions of ETH into its staking contract – ETH that can’t be sold on the open market. They call it a supply side liquidity crisis and it could be coming for Ethereum.

Why can’t we be friends?

Yet in many ways the question of which of the two sits on top of the CMC tables is moot. Both Bitcoin and Ethereum maxis tend to talk about their rivalry as if it’s some winner-takes-all contest between the two. And that might have been true back in 2017, when it was almost impossible to imagine that the real world would ever care about crypto.

But now, after everything that’s happened and continues to happen in 2021, it’s becoming clear that the two serve entirely different purposes – and are more than capable of coexisting as powerful new asset classes in their own right. (The imperfect analogy often reached for: Bitcoin is gold, Ethereum is oil.) Even as is, Ethereum is worth more than all of crypto was 12 months ago.

If anything, what this year in crypto has revealed to us is that we were too modest with our expectations of the potential size of the crypto market. In this ever-expanding sphere, Bitcoin and Ethereum aren’t competitors. They’re essential and complementary parts of one of the biggest monetary transformations in human history. And that means what’s good for one is great for the other.

Like all investments, cryptoassets carry risk. Due to the potential volatility of the cryptoasset markets, the value of your investments may fall significantly and lead to total loss. Cryptoassets are currently not financial products regulated by the FCA, so you are unable to access the Financial Service Compensation Scheme or the Financial Ombudsman Service. We use third party banking, safekeeping and payment providers, and the failure of any of these providers could also lead to a loss of your assets. We recommend you obtain financial advice before making a decision to use your credit card to purchase cryptoassets or to invest in cryptoassets.

Story OneThe death spiral we had to haveI wrote my first story about Bitcoin in 2011. In the 11 years since, I’ve spent a lot of time reading, writing and thinking about cryptocurrency. So, trust me when I say that the rapid-fire implosion of the LUNA-UST ecosystem is one

Cryptocurrency has come a long way in the last few years and so have we – and now we finally have the website and logo to match. Introducing the brand new coinjar.com. From the free-to-activate CoinJar Card to pro-trading site CoinJar Exchange, from our institutional suite of products to our 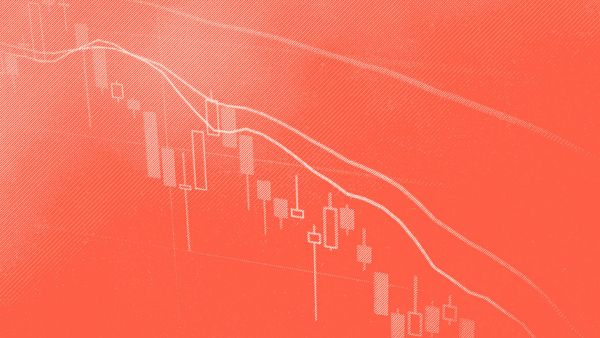 The much prophesied collapse of LUNA–UST has come to pass. Is this the beginning or the end of the crypto suffering?The biggest story in crypto right now is undoubtedly the bank run on UST. Far and away the largest of the algorithmic stablecoins (i.e. those governed by